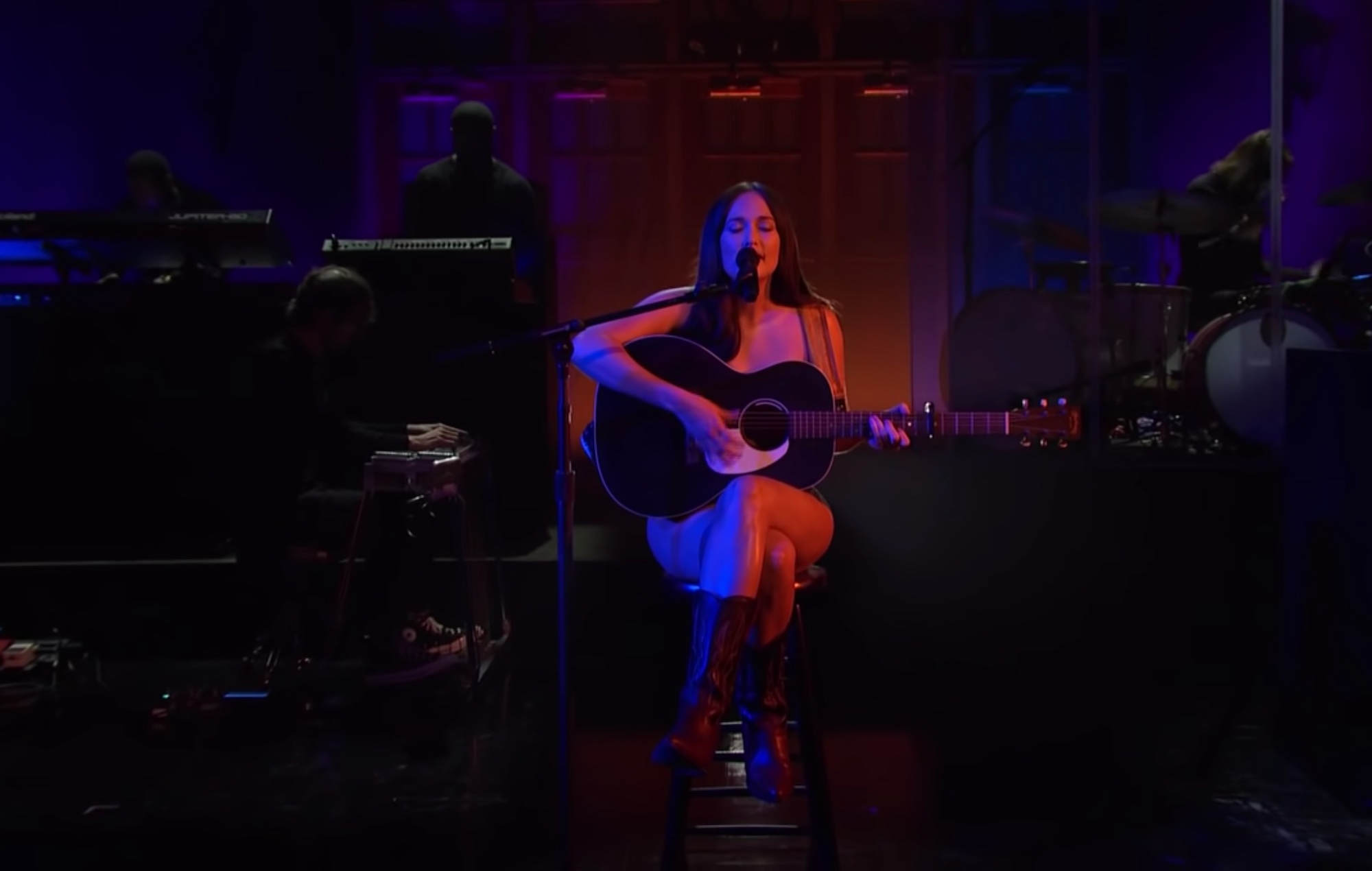 Kacey Musgraves was the musical guest on last night’s (October 2) season opener of Saturday Night Live, and channeled Forrest Gump in her performance of ‘Justified’.

For her performance, the singer referenced an iconic scene from the 1994 film, which sees Forrest’s love interest Jenny performing live completely naked, only covered by her acoustic guitar.

After fans assumed the homage to the film, Musgraves then seemingly confirmed the link in a tweet posted after the performance, sharing a screengrab from the Forrest Gump scene in question.

In a four-star review of the album, NME said that ‘Star-Crossed’ builds on Musgraves’ 2018 breakout album ‘Golden Hour’, “once again bolstering Musgraves’ country roots with lush production and genre-pushing sounds and instrumentation”.

“It’s an intricate project… that could collapse under the weight of its concept. Bolstered by its author’s frank pen, though, and instilled with a sense of hope, it’s a powerful listen.”

Following the release of the album, Musgraves will hit the road in the US and Canada, kicking off the tour in St Paul, Minnesota on January 19 and continuing on to a final show in LA on February 20. She will be supported by King Princess and MUNA across all dates.

Elsewhere on the 47th season of SNL, other musical guests will include Halsey, who will appear next Saturday (October 9) while Kim Kardashian West takes on presenting duties.

For the following instalment (October 16), Rami Malek – who appears in No Time To Die as the new Bond villain, Safin – will host as Young Thug takes to the stage. SNL‘s final episode (October 23) will feature Jason Sudeikis (Ted Lasso) and Brandi Carlile.