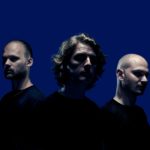 Soft launching in the first week of October, the mixes will be available in eight countries to start, including the Philippines, Australia, Ireland, the United Kingdom, Japan, the Netherlands, Indonesia, and New Zealand, and will bestow listeners with mixes from Noisia, Adam Beyer, AmyElle, Shingo Nakamara, and MOTi.

Spotify has yet to dole out any further information regarding monetary assets for artists and which of them will be viable to upload their own mixes. Once the initial eight market launch has seen some statistics roll out, the platform will share more information with streamers, although according to Spotify, “fans should expect the experience to continue to evolve over time.”