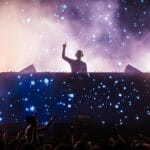 Tiësto has released his official rework of French 79’s “Diamond Veins” under his deep-house moniker VER:WEST. The Dutch megastar joins Kid Francescoli, Dj Oil, BLOWSOM, Dawad & Mokic, and You Man on a set of remixes as he adds his Midas touch to the 2016 single taken from the electro-pop producer’s debut album, Olympic.

The veteran DJ continues to prevail on the evocative themes of his “5 Seconds Before Sunrise“ and “Elements Of A New Life” releases as he ushers in a renewed version of his progressive, deep, and trance-inspired project. Leaning into a fresh, alternative take on “Diamond Veins,” the new rework is available via Tiësto’s AFTR:HRS imprint and can be streamed below.